Pop princess Britney Spears finally makes her debut as judge of a popular live singing competition on TV. Spears was described a cool and composed during the first live episode of The X Factor. She was wearing a figure-hugging dress that highlighted her curves.

Also debuting on this TV show is Khloe Kardashian Odom of the famous Kardashian family. Khloe is the new host and is paired with veteran Mario Lopez who also hosts “Extra.”

So far, Britney Spears already got a thumbs up from producer Simon Cowell for being a “very, very good judge.” She was all praises for the singers she mentors and remained undaunted when criticisms were hurled against the contestants she manage. She was caught throwing her amazing praises at three times to several contestants particularly to David Correy who found his birth mother through the show, Jennel Garcia who performed “Home Sweet Home” by Motley Crue and Emblem3.

Did you know, though, that Britney did not get a lot of positive feedback from the audience and some members during their tapings? She actually got boos from the audience which made her apprehensive about staying in the show. During a guest appearance at the “Tonight with Jay Leno” show earlier, she admitted to being affected by the boos but thankfully, Simon Cowell urged the “Toxic” singer to continue adding that she was doing a brilliant job.

Currently, there are 16 acts competing in The X Factor. Next Thursday, four will be cut by the judges that include Cowell, Antonio “L.A.” Reid and Demi Levato.

Britney Spears was at the Video Music Awards. Aside from taking home three trophies — first time she ever won — she actually opened the show without any humiliation. She’s done really well since her 2007 disaster. Click here for more details on the show. 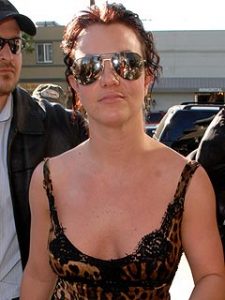 Britney Spears’ appearance on How I Met your Mother made ratings records for the show, and applause from critics. It’s great news, then, that the pop star has agreed to an encore episode.

“The show is ecstatic and so is Britney,” a source said. “She had so much fun the first time around she really wanted to come back. It was a mutual decision to work together more.”

No news on when the episode will air, but you can check out her first performance here. 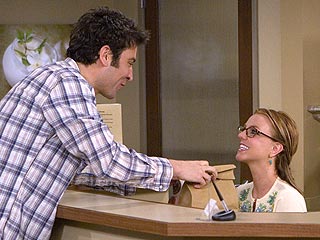 Britney Spears is finally doing something right. her appearance on “How I Met Your Mother” got so many ratings, attracting about 10.6 million viewers and actually getting good reviews from the critics.

Spears played a receptionist at a dermatologist’s office who develops a crush on a patient. Watch an excerpt and read a review here. 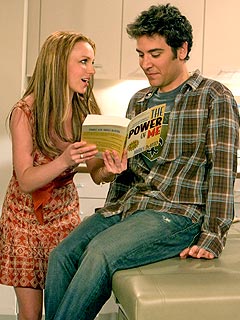 Britney’s Dad has been selling her cars… now she’s auctioning the clothes she wore on her appearance on How I Met Your Mother. However, proceeds will be going to charity.